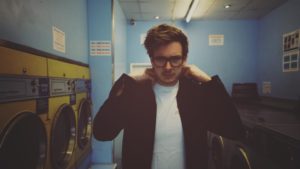 George Glew has dropped a new song titled “Me And My Brother” which you can stream below. Talking about the songs inspiration, Glew says, ““The song is very self explanatory,” he explains.  “It’s about my relationship with my brother and how despite the lack of seeing or speaking to each other we’re still there for one another. It also touches on my relationship with the rest of my family and my upbringing, despite everything that has happened throughout my life I wouldn’t change it.”

“Me And My Brother” is the second track in a year long music series where Glew will be releasing music once a month, supported by Glew taking a residency at The Gallimaufry in Bristol, England where he lives.