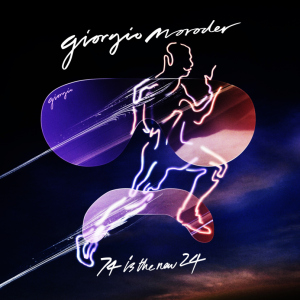 Giorgio Moroder has announced his first album in 30 years titled 74 is the new 24 which will be out in the spring of 2015. On the album Moroder will be working with artists such as Charli XCX, Foxes, and Kylie Minogue. In celebration of the album’s release, he has released the records title track, which you can listen to here.