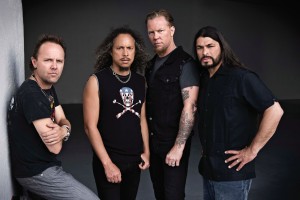 When it was announced last month that Metallica would be one of the headliners at the Glastonbury festival in the UK, some of the bands and fans weren’t to happy about it. Artic Monkey’s front man Alex Turner said ““I’m not sure it adds up,“I know we’d buzz off it, but fundamentally could you have Metallica in the hippy [sic] nucleus?”, Turner said in an interview with Time Out London. Mowgli, another band playing the festival said that Metallica’s drummer Lars Ulrich was “shite” and “unbelievably bad.”

As for the fans, they have set a Facebook petition to get Metallica off of the lineup, and it now has 15,000 signatures. Their distaste comes from James Hetfield (the bands front man) being involved in an upcoming movie about bear hunting, leading Glastonbury attendees to state that “this is incompatible with Glastonbury Festival ideals.”

The festival has since defended the booking saying that “There’s a huge swathe of people who love Metallica to bits and just think they’re absolutely amazing,” said Michael Eavis, the founder of the festival. “They are worthy headliners.”