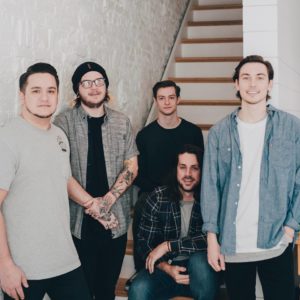 Grayscale has released the music video for their new single “Forever Yours.” The song appears on the band’s Fearless Records debut Adornment. Talking about the song to Billboard, vocalist Colin Walsh says, “Forever Yours” is a song about regret. “It’s a song about a relationship falling apart without having a chance to gain closure due to unfortunate circumstances.”