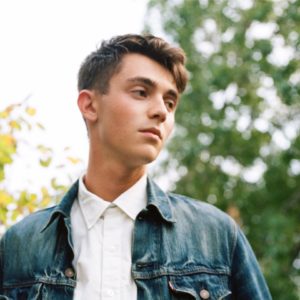 Greyson Chance has released his new single “Low,” which you can check out below. He has released a lyric video for the track. Currently, a history major at the University of Tulsa, in Tulsa, Oklahoma, Chance wrote “Low” in Los Angeles, California over the summer. Talking about the song in a recent interview with Billboard, Chance says, “For me, personally, I’m just really excited about this next chapter of my life as an artist. I think I’ve kind of found a very unique balance in everything I’m doing. My thing is is I just think this record is a bit more mature, a bit more adult than what I’ve released in the past. I’m hoping people enjoy it… it is kind of a sad song, but people should be enthused by the fact that the next song is going to be very happy and very uplifting.”

Chance’s last release was his 2016 EP Somewhere Over My Head, his first release since his debut album Hold On Til’ The Night in 2011.