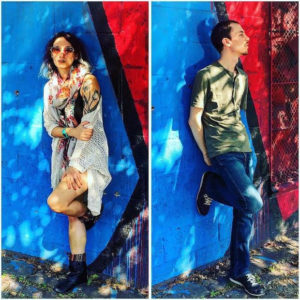 Brooklyn, New York duo Hanford Reach has released their new single “Winston Smith,” which you can listen to below. Talking about the song front man Chris Sherman says, “The song is called ‘Winston Smith,’ based on the protagonist from 1984.” “The world really feels like an Orwellian dystopia, where it doesn’t matter what the rational think; big brother is going to win out and shut us down.  I hope that bleakness has been captured here and inspires some hope for change.”