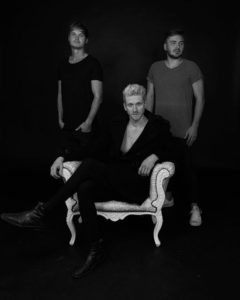 Vienna band Hunger has shared their new infectious single “Light It Up,” which will appear on the band’s upcoming LP Mosaik, set for release on December 20th. The trio released their debut EP Amused in 2017 and had their music featured on the popular television show 13 Reasons Why. Talking about the song the band says, “’Light It Up‘ is about adventures, moments and memories we’ve experienced and still want to experience in our lives. It’s an anthem for going out and to live and experience life and its freedoms. We wrote and recorded the song in a little hut in the Austrian alps. The ‘gospel choir’ halfway through the song was recorded in a tiny kitchen and is basically just the three of us and our producer singing in hundreds of tracks.”