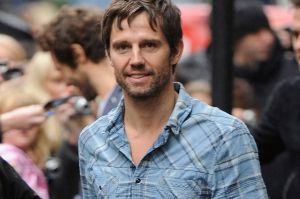 Jason Orange has left British boy band Take That. You can read a statement from Jason and Take That on his departure here. Take That will continue on as a trio with Gary Barlow, Mark Owen, and Howard Donald. On and off member Robbie Williams has chosen not to participate in the groups upcoming album which will be released in November, though it looks like Jason was a part of the recording process.