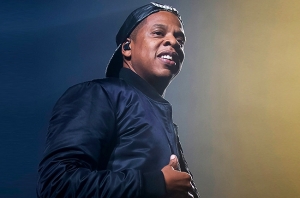 While participating in a Q&A session at the Tisch School of the Arts at NYU, Jay Z mentioned that he no longer has a record deal, and that its possible he could release his music exclusively through his new streaming service TIDAL,  as he mentioned that artists could use the service instead of a record deal. He also said that the service would not be free like many of the popular services such as Spotify and that the royalty rates for artists who use TIDAL would be higher.