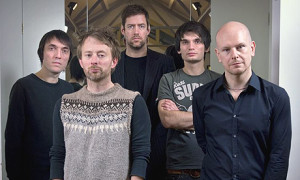 Jonny Greenwood has given Radiohead fans an update on the progress of their upcoming album. In a new interview, he admitted that it has taken some time for things to come together, though he has thrown out a new song title for fans to think about called “Lift”, which actually dates back to 1996. You can listen to the interview here and watch an early performance of “Lift” below.