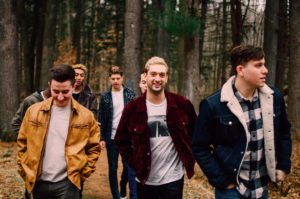 Seven-piece band Juice has released their new song “Audrey Tell Me,” which you can check out below. The band released their latest EP Workin’ On Lovin’ earlier this year. In addition, they will be heading out on tour in 2019 beginning on January 19th in Seattle, Washington at the Sunset Tavern and finishing up on April 10th in Philadelphia, PA at World Cafe. All dates are below.