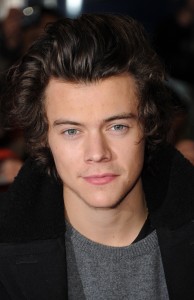 Kodaline are fueling rumors of a One Direction breakup as the group has stated that they have been writing songs with One Direction member Harry Styles, possibly for a Styles solo album. While Styles has expressed his desire to write some solo material, One Direction have shot down rumors of their possible breakup for the past several years. The band is currently on their worldwide stadium tour, the Where We Are tour.