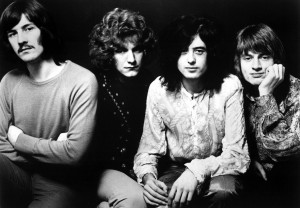 Deluxe reissues of Led Zeppelin’s first three albums, Led Zeppelin (1969), Led Zeppelin II (1969) and 1970’s Led Zeppelin III will all be coming out June 3rd. Ahead of the June release date, the band has released a video for “Whole Lotta Love” which is comprised of old footage which has rarely been seen. Jimmy Page who is overseeing the reissue’s had this to say about the video: This version of ‘Whole Lotta Love’ is the mix down from the night that we recorded it, so it doesn’t have any of the overdubs that everyone will be familiar with, because when they hear this they’ll think, ‘Oh yeah, that’s the original’ and all of a sudden they’ll go ‘No, it’s not.’”