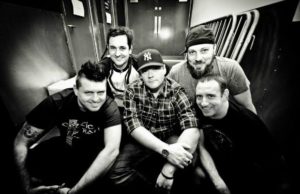 In February Less Than Jake will be releasing their new album Sound The Alarm, and they are now giving fans an introduction to the record by releasing its lead single “Things Change.” Take a listen below. Still sticking to their ska punk sound, its along the same lines of the snappy songs from the group we’ve grown to love over the years.