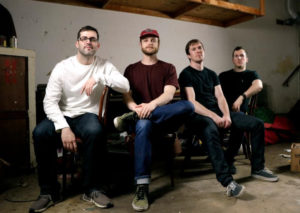 Ohio punk band Light Years has released the music video for the song “Bottle Rocket,” which you watch below. The group’s front man Pat Kennedy said the following about the track, “This song took on a few different forms during the writing process, and finally came together in the studio with some help from our producer Will Yip. We originally had the idea to make it more of a chill laid back track, but in the studio it turned into a full blown rocker.  Sometimes it just takes an outside ear to find the missing piece of the song and make it what it should be, and that’s what Will does for us. I’m glad we stuck with it because it has become one of our favorites on the album.”

The song will appear on the band’s upcoming album Afterlife, due out on November 30th.