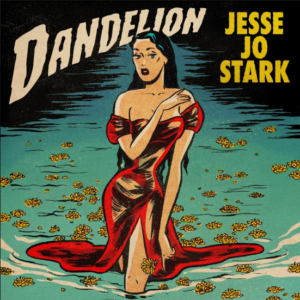 Jesse Jo Stark, a Los Angeles based vocalist,  has released her new EP Dandelion, an collection of five tracks that put an Americana twist on mid tempo rock songs. Songs such as “Chelsea Hotel” and “Breakfast With Lou,” really bring out Stark’s vintage style. Take a listen to the release in full below.