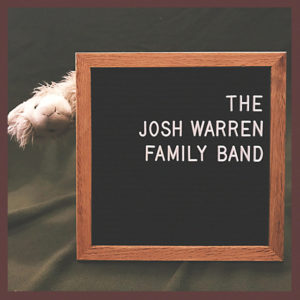 The Josh Warren Family Band has released their new album which is self-titled. Comprised of 10 great songs, this LP is the follow up to musician Josh Warren’s last project Jonas and Warren, on Listen Here Reviews last year. The album was recorded in places such as California, Arizona, Colorado, and Tennessee. Check out the full album below.