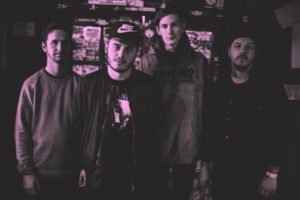 British emo band Moose Blood has released their new record I Don’t Think I Can Do This Anymore, via Hopeless Records. The songs center on growing up, facing tribulations, and tackling problems head on. If you like what you hear, you can catch the band on their US tour beginning on March 14th at The Royale in Boston, MA. A full stream and tour dates are below.