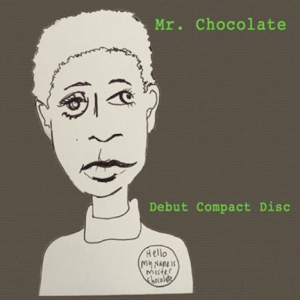 Mr. Chocolate has released their new self-titled EP which you can stream below.

Talking about the songs and the inspiration behind the album, front man Scot Sax explains, “anytime my entire life, when a sentence started off with David Bowie it was always the most exciting sentence. It meant David Bowie is going to be on TV Saturday night, David Bowie has a new record coming out. David Bowie on TV was my Beatles on Ed Sullivan. Before I even knew why, I was absolutely entranced. My older brother met him in 1974 checking into a hotel in Philadelphia and got an autograph that said, “love on ya, David Bowie.”“I grew up with adults as my older brother was seven years older than me. I listened to Space Oddity – I listened to freaky, bisexual, deep wild albums.  When John Lennon died I remember thinking the only upside to that was that ‘death can’t be too bad, he’s there.’ When Bowie died I remember thinking ‘you only get one shot, even David Bowie can die’ and I knew it was time to act. I wanted to write something that made me feel like David Bowie did when I was a kid. “When I brought the guys in we recorded everything live. Instead of playing guitar, I play a lot of weird keyboards – little Moogs,” says Sax. I wanted Wes Montgomery to have some jazzy guitar on the track and I didn’t know how to do it myself. So I called John Jackson and the album was born.”