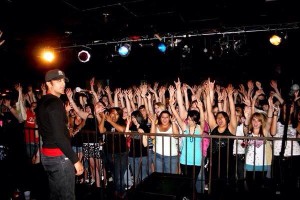 In a recent Facebook post, Lucky Boys Confusion have posted that they have three songs written for their new album. You can see the update below.

Album update: 3 songs down – many more to go!! Friday night we got together again. A very satisfying way to spend a Friday evening, if I may say so myself.

When I moved from the suburbs to my new place in the city I found about 9 cassette tapes worth of songs I was working on in 05/06 for the album that was supposed to come after HTGOA. Yes, cassette tapes… maybe I was trying to be ironic. I’ve only been able to get through half a tape but it’s crazy to listen to what I was thinking/feeling a decade ago!! I played the first song on the tape for Adam, he loved it and so did Jason and Ryan so it ended up as song 3 for these writing sessions!! Let’s see what other jams I’m going to find in the next couple of weeks!!!