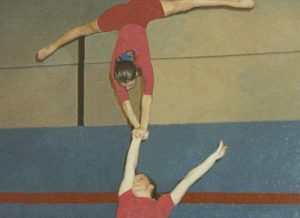 Scottish singer-songwriter MALKA has released her new single “Moving Together,” which you can listen to below. Talking about the song, MALKA states, “Moving Together’ is about reconnecting with an old relationship – whether it is a friend, a partner or a family member – and everything feeling just how it was before you had lost touch. The move back from London to Glasgow awoke all kinds of nostalgia for me, being back in my hometown, reconnecting with old friends and feeling like time had melted away. I wanted to create something that projected those feelings – ‘Moving Together’ in time with someone that you had previously been out of sync with.”

“Moving Together” will appear on MALKA’s upcoming album I’m Not Your Solider, due out February 28th via Tantrum Records.