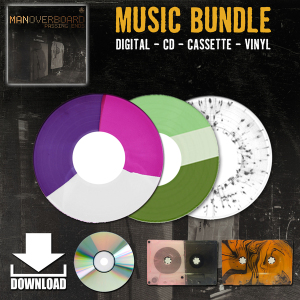 Man Overboard have announced the release of their new album called Passing Ends which will be released on October 28th. They have also released a new song titled “For Vince” which you will receive when you preorder. If you would like to listen to the song ahead of time you can listen to it here.