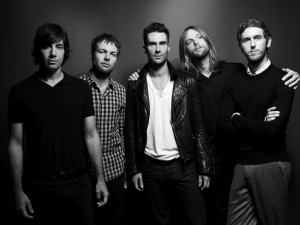 Maroon 5 has cancelled their upcoming tour dates in China after speculation that a tweet from member Jesse Carmichael upset Chinese authorities. The tweet which mentioned the Dalai Lama was deleted. Several other bands such as Linkin Park, Bjork, and Oasis have all been banned from playing the country due to connections with the Dalai Lama who was exiled from the country in 1959 after a failed uprising against Beijing’s rule.