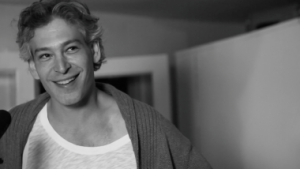 Last week, reports came in that the Rototom Festival, a reggae festival in Spain, cancelled Matisyahu’s performance due to him refusing to release a statement saying that he supported a Palestinian state. Matisyahu is Jewish. Several days later, the festival re-invited Matisyahu to perform after an uproar about the cancellation. The festival has stated that they were pressured by BDS (Boycott, Divestment, and Sanctions), an organization that boycotts Israeli products and sanctions on the country to cancel the performance, even though the reggae star has never discussed politics in his songs, though he has discussed his religion.

Matisyahu decided to perform at the festival, playing his 2006 hit “Jerusalem”, to a full crowd, with Palestinian flags flying throughout the venue. You can see a video of the performance below as well as Matisyahu’s official statement about his decision to play.

I have always believed in the power of music to unite all people, regardless of religion, politics or geography. This was an excruciating decision, as I felt that my core, essential being was being used as a pawn for political convenience. It is my deep conviction however that acceptance and the ability for rebirth allow us to move forward.
The incredible outpouring of worldwide support from fans and organizations who rose up as one to protest the intrusion of politics into a borderless celebration of music has been humbling. My deepest thanks to the worldwide community for rallying to the cause of musical freedom. Most of all, thank you to my incredible fans and to so many people of all faiths who refused to remain silent in the name of artistic freedom. This is your victory.” – Matis