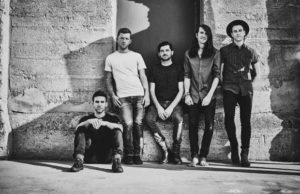 Mayday Parade has released the music video for their latest single “Black Cat” which you can check out below. In addition, the band has also announced an anniversary edition of their record A Lesson In Romantics. Pre-order it here. Dropping on March 17th, it include six demos and one unreleased song.