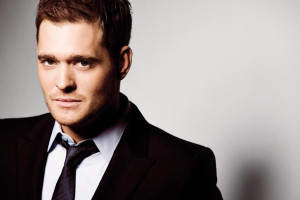 Michael Buble has teamed up with Van Morrison for a duet on the song “Real Real Gone” from Van Morrison’s new album Duets: Re-working The Catalogue, an album that features reworked versions of Van Morrison songs. The album will be released on March 24th. You can listen to the track below, via The Huffington Post.