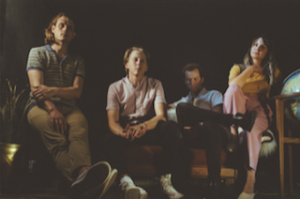 Husband and wife duo Mike Mains and the Branches has released the music video for their new single “Underwater Breathing,” which you can check out below. The video which premiered over at Substream, appears on the band’s first album in five years titled When We Were In Love, due out April 5th. Inspired by a rough patch in the couple’s relationship and several trips to a counselor, Mike says of the new music, “I finally felt brave enough to explore that pain, and a lot of this record feels like someone eavesdropping on my counseling sessions.”