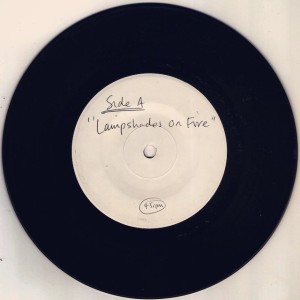 Modest Mouse have announced that they will be releasing a new album in 2015 through a mysterious post on Instagram. It turns out that the vinyl record displaying the phrase “Lampshades On Fire” will be the title of the albums lead single. This will be the bands first release since 2007’s We Were Dead Before The Ship Even Sank.