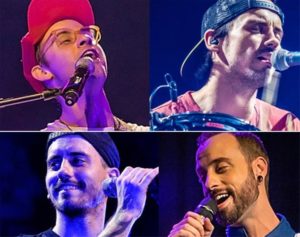 Canadian pop band The Moffatts has released their new single “Secrets,” their first in 18 years. The band’s last record was Submodalities in 2000, which was followed by a breakup. The band made of four brothers, announced a farewell tour in The Philippines last year, but after seeing the response, they decided to reform. They will be releasing a six song EP titled Secrets soon, with a tour following soon after.