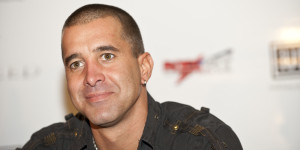 More information has surfaced about Scott Stapp, the front man of Creed and his current condition. A few days ago, Stapp posted a 15 minute confession video saying that he was homeless, broke, and living in a Holiday Inn. Now, police have said that he was placed on psych hold after they found him wasted, rambling, and incoherent on the side of the road according to his wife. You can read more at Consequence of Sound.