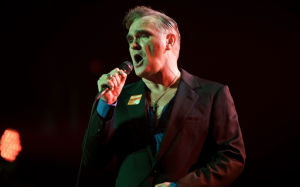 It’s only been a few months since Morrissey released his current album World Peace Is None Of Your Business, though in a recent interview, he stated that he already has songs in mind for his next album and that he hopes to begin recording in February. Morrissey’s former band mate Johnny Marr has also canceled the remainder of his US tour due to a family illness. You can find the cancelled dates below.