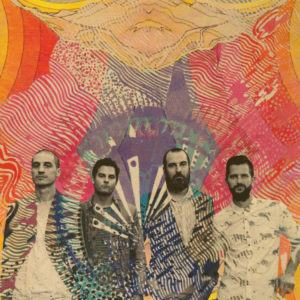 Drummer and programmer Darren King says about writing the song, “We played every chord we knew, we included every beat, fill and effect we could imagine and let the harmonies and arrangements roam wherever they could find space.  There wasn’t a lot of ‘hey, you probably shouldn’t do that.’ It was more ‘hey, how can you go even further?'” Keyboardist Paul Meany added “”I think what we wound up with for the first time is a MUTEMATH album with no guard rails.  Which after making 5 of these now, it’s been an invigorating experience to say the least.”