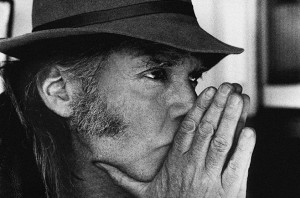 Neil Young has announced that he is teaming up with Willie Nelson’s sons Lukas and Micah to record a Monsanto themed album, which is a food industry giant that Young has spoken out against for years. The record will be titled The Monsanto Years and will be out on June 16th. Promise of the Real, featuring Micah and Lukas Nelson, along with Young and his group Band of Horses will be touring in support of the album. You can find some performance footage of the new songs over at Pitchfork.