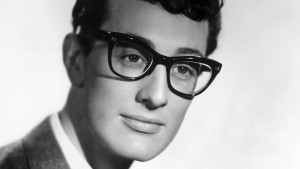 New England resident L.J Coon has asked the National Transportation Safety Board to reexamine the fatal plane crash involving Buddy Holly, Ritchie Valens, JP “The Big Bopper” Richardson, and pilot Roger Peterson on February 3rd, 1959. Coon has stated that there was no mention of the plane’s fuel gauges in the original accident report. In addition to this, Coon has also stated that the plane’s center of gravity would have been compromised as there was to much weight loaded in the rear of the plane. Coon is a pilot himself.

The 56th anniversary of the crash is tonight. Last year, Listen Here Reviews paid tribute to the anniversary by featuring it in the Flashbacks section of the website. Also, if you haven’t seen it, here is the Behind The Music episode which chronicles each musician’s career as well as their final performance at The Surf Ballroom in Clear Lake, Iowa, and the plane crash.