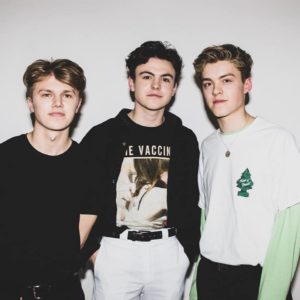 Manchester, England trio New Hope Club has released two new single “Getting Better,” and “Girl Who Does Both.” Talking about each track, the band says “”It has been a few years since we formed the band and we have grown together and become experienced musicians and writers by working with amazing people around the world. We felt that it was time to take this project by the scruff of the neck and guide our own path. We wanted to have full reigns over every decision. Writing during a pandemic had an effect on us, we felt that we needed to spread some light and positivity in a time where it was pretty hard to find.”