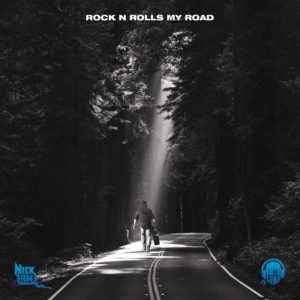 Southern California musician Nick Lamb has released a punchy and fun new single “Getting High Off You,” a tribute to his wife who taught him to take life by the reins and have a great time before coming back down to earth. Reminding older SoCal music fans of a pop track that they may have heard in the early days of the Southern California pop punk scene, “Getting High…” is a track clocking in at just under three minutes, with a guitar solo that makes Lamb’s audience want to play a mean air guitar in front of their bedroom mirrors.

Raised in extreme poverty in Pennsylvania, he may have been brought up far away from the sunny influences his music suggests, but while his music gives off the feeling that he prefers life in the fast lane, there is a soulfulness that comes through if you listen to “Getting High Off You” more than once. Releasing his new album Rock N Roll’s My Road in May, we look forward to Lamb’s catchy and heartfelt tunes, waiting to discover the artist that has been inside Lamb for a long time.

Listen to “Getting High Off You” below.