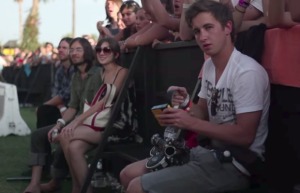 Several months ago, we posted about a young music fan named Marcus Haney who was sneaking into music festivals using replicated wrist bands. To document his journey, he decided to film a documentary called No Cameras Allowed. For those interested in seeing the documentary, MTV is now streaming the movie in full. You can watch it via this link from Alternative Press.