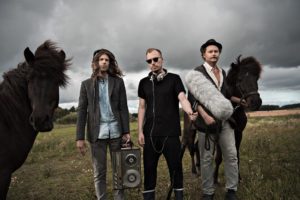 Swedish rock band Norma has released their new song “Spectacular Bid,” a track about participating in a horse racing competition. The idea came to front man Erik Vallin after discovering a picture of a horse that his grandfather had bid on during a vacation to the United States in the 1970’s. Check out the song below. Their new album will be out later this year.