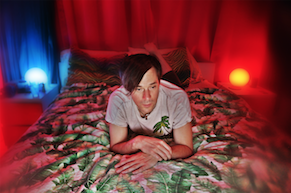 Of Montreal has released their new single “You’ve Had Me Everywhere,” which you can listen to below. It is the latest in a steady stream of new music, as the band are releasing their new album UR Fun, next week. The Athens, Georgia based band formed in 1996 and released their debut a year later with the LP Cherry Peel.