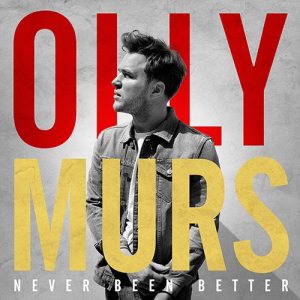 Olly Murs has released a new song called “Tomorrow” from his upcoming album Never Been Better which you can listen to here. He also recently released another new track titled “Wrapped Up” from the new album. If you missed it, you can take a listen here. Never Been Better will be released on November 18th.