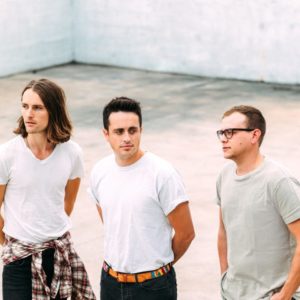 Parachute has debuted the music for “Young,” which you can see below. Talking about the concept behind the video in an article at Billboard, front man Will Anderson says, “When we were presented with the concept of the video centering around a girl breaking out of the cycle of the everyday mundane of her job, we immediately were all in.” “It’s rare we all agree on something so quickly, but this video did it because I think we realized that most people — and certainly all three of us — have been in that situation before. Everything about this video was about trying to capture that feeling visually. “It really resonated with us on a deeply personal level and matched the message of the lyrics perfectly.”

The track is the lead single from the Virginia band’s upcoming fifth album, due out this spring. It is the follow up to 2016’s Wide Awake. The band will going on a US tour beginning on April 25th in Bonita Springs, Florida. You can grab your tickets here.