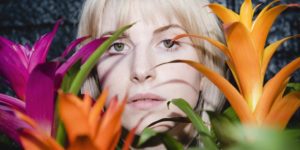 Hayley Williams of Paramore has debuted her first project, an album titled Petals For Armor, with the single “Simmer.” While longtime Paramore fans have seen Williams stray from the band before by way of guest appearances with other artists, this is the first true solo project from the vocalist. Check out the music video for “Simmer” below. Paramore released their last album After Laughter in 2017.