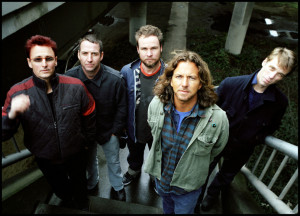 Pearl Jam have announced a North American tour starting later this year. Check out the dates below.