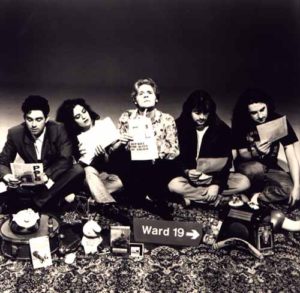 British rock band Pele are celebrating 25 years of their album Fireworks by releasing a documentary on the record titled 25 Years of Thinking Too Much and Drinking Too Much, which you can watch below. Forming in 1990, the band built up a loyal fan base while having only modest success on the UK charts. The group split in 1995 due to legal troubles with their record label. To celebrate the release, Pele will be remastering and reissuing the album with a new booklet and a CD filled with musical extras.

If you missed out on seeing the group live in the 90’s, you can catch the group on tour at in the following cities beginning in March of 2017. You can get your tickets here.