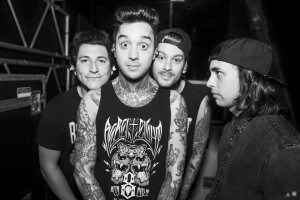 Pierce The Veil have announced that they will be releasing a new record titled Misadventures, out on May 13th. For fans who are anxious to hear the new material, they will be performing the record in full on the first leg of the tour. I The Mighty and Movements will be the opening acts. Tickets will on sale at 10 am local time tomorrow. If you missed it, you can check out release’s first single “Texas Is Forever” below.