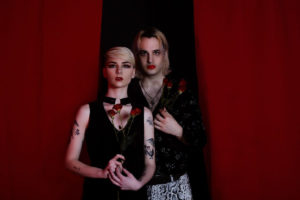 New York City band Plaid Dracula has dropped their new single “No Reaction,” where it premiered on Punk News. Talking about the inspiration behind the track the band says, “This song is about questioning the foundation of a relationship that’s become very important to you without you even realizing it was happening. There’s all this time and energy invested in this person and in trying to show them who you are, and all of a sudden you’re not sure either of you is doing the other any favors by continuing to believe that’s an outcome that’s possible in this context.”