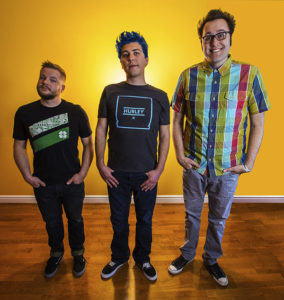 For fans of Blink 182 and New Found Glory, Pittsburgh band Eternal Boy has released their nostalgia filled track “Growing Pains” which pays tribute to the pop punk bands of the early 2000’s with attitude and energy. Formerly known as The SpacePimps, the band decided to change their name in order to grow their audience. The band will be releasing their new LP Awkward Phase on July 14th.