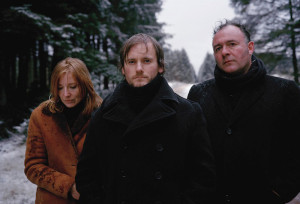 British band Portishead is preparing to record their next album, the follow up to2008’s Third. Member Adrian Utley has said that the band members various side projects are the reason for the delay in releasing their fourth album. “We’re clearing our schedules so we can get on with it”, Utley said in an interview with Quietus Q&A at Oslo’s By: Lam Festival.