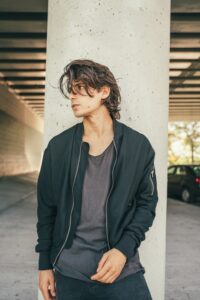 Prince Paris and Fenech Soler member Ben Duffy has joined together on their latest single “Last Chance,” which you can hear below. Talking about the song, here is what Duffy and Prince Paris both had to say,” “The song was written on a Wurlitzer and guitar and built from there and I’m very pleased to have worked with Prince Paris on this track. Although there is a sense of despair and uncertainty to the lyrics, it’s completely offset against the uplifting sound of Paris’ work.” “Last Chance’ is one of my favourite singles so far. The fact that I was able to collaborate with Ben and Ross from Fenech Soler to make this record is a dream. I’ve been a fan of the band for a long time, since I did a remix for them back in 2013. I feel this record is a special one because it brings together a world of liveliness that only they could bring!”