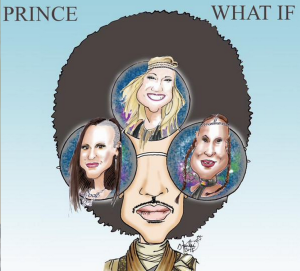 Prince has released a new song titled “What If?” several days before he plays four nights in Louisville, Kentucky as part of his Hit and Run Tour. You can check out the song below. Due to the nature of the tour (Prince will be announcing shows days or even hours before performing), dates aside from the Kentucky shows have not been announced.